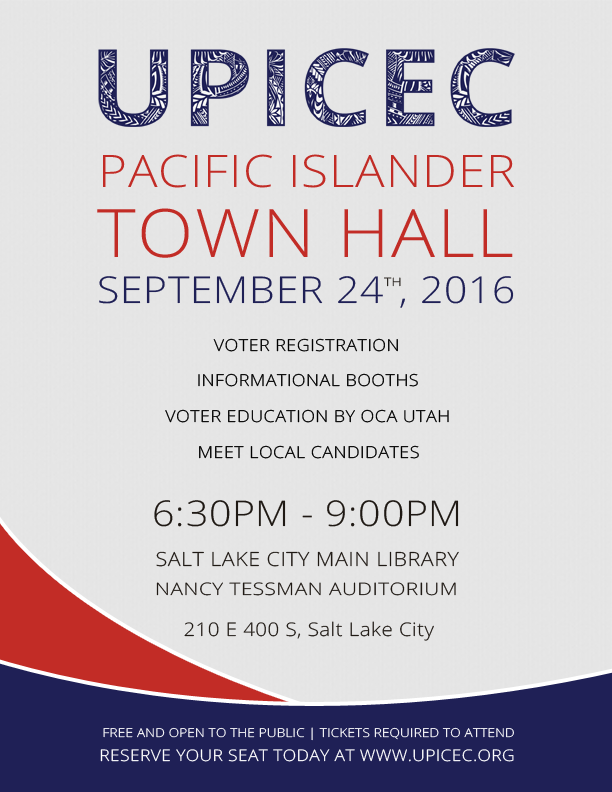 Mark your calendars! UPICEC will be hosting it’s first ever Town Hall on September 24th at the Salt Lake City Public Library from 6:30-9pm. This event is focused on educating and mobilizing the Pacific Islander and Asian American community to vote. Stay tuned for more info. Tabling, sponsorship, volunteer opportunities, and all other inqueries: info@upicec.org […]

Our Future is Our’s to Decide By Veanna Pau’u – West Valley City, Utah As a kindergarten teacher I have the opportunity of starting off my school year meeting with each student and their parents prior to the first official day of school. I give the student a short assessment on pre-kindergarten standards and then […] 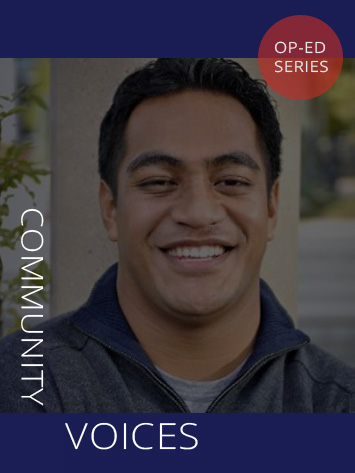 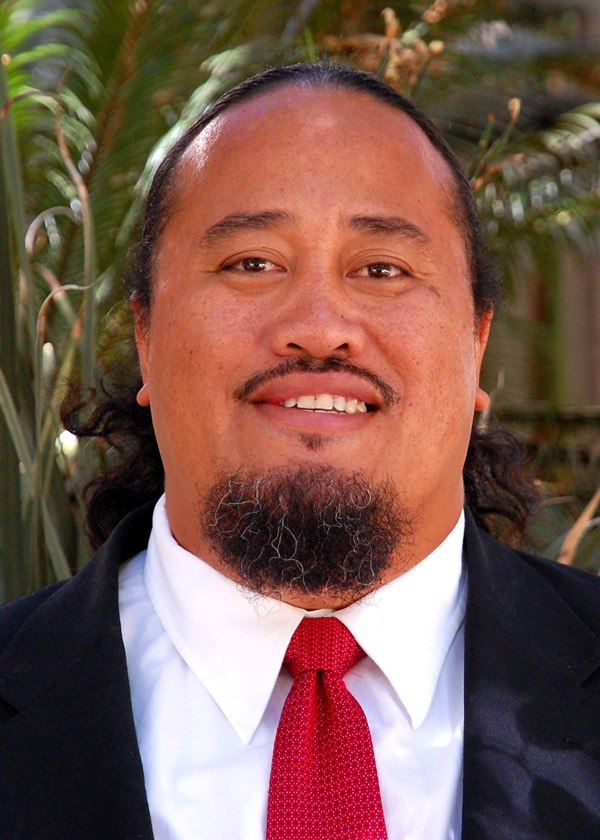 We are excited to announce our 2016 Utah Pacific Islander Town Hall Keynote Speaker, Sefa Aina! In addition to the incredible work he does as Associate Dean and Director of the Asian American Resource Center (AARC) at Pomona College, Sefa serves as Board Chair for Empowering Pacific Islander Communities (EPIC). We are honored to have Sefa share his inspiring […]

I am NOT a “Political Person”

I am NOT a “Political Person” By Jake Fitisemanu, Jr. – West Valley City, Utah When my dad left Samoa there was no such thing as universal suffrage, so when he became a US citizen he took his civic duty to vote as seriously as his family, faith, and career. But I am not a […]